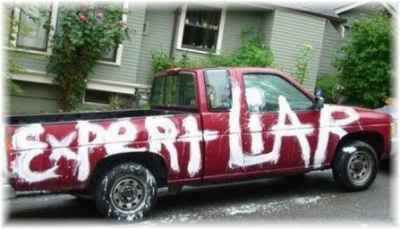 Whether you were just a naysayer or someone who actually still works in the central office and doubted the validity of The Washington Teacher's weekend report, please be advised that DCPS has officially confirmed that the central office firings did take place as I reported. Please read Bill Turque's excerpt in the DC Schools Insider below. If you have read this blog more than once, you will note that my informant's have been quite accurate in their reporting of what's going on in terms of Rhee-form in our public schools. Often times what has been reported here has been the impetus for stories in the mainstream press like The Washington Post, DC Examiner and Washington City Paper. It is most unfortunate that we cannot rely on city government to be transparent about what is happening in the DC central administration offices What is good for the goose isn't good for the gander as they say.
Well now my inside sources are still telling me that the recent terminations were actually much higher than the eighteen confirmed by DCPS. Some say that the Rhee administration are expert liars. It wouldn't surprise me if the number of layoffs was not accurately reported especially in light of the controversy surrounding the November 2 layoffs. As I understand it, while most of the terminations were from the Office of Special Education, other staff were also terminated from the Medicaid division, finance office, records division and the resolution team. Stay tuned for further developments on this story.
I encourage you to recommend to any of the recently laid off DCPS employees to consider testifying at the upcoming March 15 City Council oversight hearing. Feel free to call Aretha Latta @ 202-724-8196 or email alatta@dccouncil.us to be placed on the list to testify. The hearing begins @ 10:am at the John Wilson Building located at 1350 Pennsylvania Ave NW
New firings in central office
by Bill Turque, Washington Post writer
DCPS confirmed Candi Peterson's weekend reports in The Washington Teacher that 18 Office of Special Education (OSE) staffers were let go on Friday. No details yet on what jobs they held or what exactly drove the dismissals, although spending pressures seem to be in the mix. Spokeswoman Jennifer Calloway said Sunday evening that "in an effort to control costs and improve operations OSE made personnel decisions based on each of their department's overarching goals and initiatives."
Posted by The Washington Teacher, featuring Candi Peterson blogger in residence
Posted by Candi Peterson at 10:05:00 PM

I never doubted you Candi!
To all readers and citizens of DC lets all do our part to encourage an investigation 4 the wrong doings of DCPS. A budget cut but they continue to hire. Known child abusers still in the class. Wepman former CFO still on the payroll. It's funny how Rhee and Fenty hires each others employees. Sad they purposely place unqualiflied people in certain positions. Examples, Harstock former principal of Ross Elementary School was placed in the Department of Parks and Rec to ensure Fenty's frat brothers contracts but the council exposed her lack of experience. Oh by the way the non-us citizen is still on the payroll as an analyst; then there is Jesus
Aguierre, former DCPS employee who was in charge of operations office across from Rhee; not to mention Rhee placed an uncertified teacher from headquarters at XXXX elementary school. And when the first grade teacher passed in November (she was over worked and never missed a day), well guess who is the teacher an educational aid. Oh wait- Rhees uncertified teacher went to the first grade and the aid (who is very good) is teaching the uncertified teacher's pre-k class.

Rhee's job is to destroy the black child's education especially the poor and in order to do that she had to remove as many blacks as possible and a few whites who see blacks as equal so that the black child is left defenseless. Rhee will use some blacks to lead her evil endeavors as well.

Don't think for a moment that Rhee is not posting on your blog.

Our students deserve a qualified, certified, experinced and competent Superientendent who can balance a budget and have all children's best interest.

Why didn't Rhee consider firing associates at the top to eliminate spending pressures?

You can watch what goes on in the federal hearings with Fenty, Gray, Rhee and much more.

I know for a fact that people in the central office will indeed lie on people and Nyankori is one that will do! So, be carefull and record all converstions with a small mp3 player.

I was threatend with a lie by one of those idiots. They are sick.

Candi, who in the H is running for mayor besides Fenty. It looks like he may win by default if no one else runs.

I also never doubted you Candi. You know people, are trusted and get good inside info that you share. BTW, has anyone heard RECENT news about any MEs quitting or getting the axe?

As usual, your sources are good, Candi. Suggest that, along with your public spiritedness, you do not publish, or do some judicious editing on, the virulently racist charges that appear more frequently on your blog. Temperatures are so heated, and your views are so clear about the Rhee-form, that your editorial decisions can be perceived as support for such baseless charges, even if that is not your intent.

The injustice that is happening in the DCPS central office is very distrubing. Im a former DCPS employee who left for greener pastures, literally (Howard County Schools)I still have friends who worked for the central office, two of them were terminated. Lets get one thing clear, THIS WASNT A LAYOFF! According to my sources employees were escorted one at a time by non human resource personel to Dr. Richard Nyankoris office and were told that they were dismissed without reason. When I was told this, I thought my friend was exagerating. I mean, who does dismissals like that? When I was told the story, it just didnt make any sense. I asked my friend if the dismissals were performance based. he/she replied that they are not sure but his/her last performance evaluation was EXCEEDS EXPECTATION! I also asked my friend were severance packages available for the separated employees. He/she stated no. I was also told that Dr. Nyankori stated in a special education meeting that more layoffs are to come. A couple of months ago, I was hearing about the improvement in DCPS, especially in SPED and I thought, well, I might have left to early. But now, Im sure that my decesion to leave was a correct one. At least in HC, you are not disposed of after you performed your duties. PEOPLE GET YOUR LAWYERS!!!!! Even at will agencies have rules!!!!

Well, people have you heard about Obama's like for Rhee's school stuff. I tried to warn people but no one would listen.

Candi, I tried to send you stuff about the circle of friends.
If Fenty is not thrown out of the race then the teachers of DC may as well hang it up now and look for other jobs.

It's all about race and who makes what kind of money!!!!!

Rhee's has her people posting on this blog. Don't stand for it and post everything against her or she will think you are afraid, and what do dogs do when they sense fear!!!

Just checked the Washington Post, there is a puff-piece on the front page about Rhee and Kevin Johnson. The Post support for Rhee is now so blatantly biased that I doubt any serious reporting about the DC Public School is ever going to occur.

DC is trying to get rid of the blacks and the poor and to attract more whites into this city. We all should know that by now. If the truth can't be told then what are we doing on this blog or any other civil rights blog.

To the last poster: because the majority of DC residents think M. Rhee is doing a good job, they believe the hype. If you read the Washington Post on Mach 10 you'll see even more of it

What is a hearing going to do as the council does nothing any way. If they were going to do something then they would have a while ago just like they did to Barry ever so quickly.

Hearings are held only when nothing is going to be done, it's just to shut people up and to give people false hope. The whole council should be removed.

Why are people so afraid of Fenty and Rhee.

To Anonymous at 4:57am: what is the source of your claim about the races in the District? What is the evidence?

One of DCPS public schools, Kelly Miller Middle School SY 2011 BUDGET has been approved and finalized without presenting notification to community, school staff, and official educators. Parents, Staff and Community have NO input to the NEW 2011 budget.
WHAT ARE THEY HIDING IN THE BUDGET?? More firing!