Government of the District of Columbia

Executive Office of the Mayor

RE: Alternatives to Furloughs

On Wednesday, February 16, 2011 District of Columbia Public Schools’ teachers received a letter informing them of four (4) mandatory furlough days. A copy of this letter has been attached for your reference. The Washington Teachers’ Union believes teachers should not suffer due to poor budget decisions made by senior level DC government officials. These same officials also violated city spending laws, causing employees economic hardship and reducing confidence in our city’s government.

The D.C. Anti-Deficiency Act sets strict limits on agency spending. Yet Freedom of Information Act records demonstrate more than 400 violations of the law between fiscal years 2005 and 2007. There is also clear indication that certain agencies exceeded their budgets by at least $1 million nearly 100 times in fiscal years 2006 and 2007. While teachers may be held accountable for student progress with the threat of termination, which officials are to be held accountable for the deficit and violation of the D.C. Anti- Deficiency Act? It would be unfair to penalize teachers for the wrongdoings of these officials. Hence, WTU would like to propose the following budget-reducing alternatives instead of furloughing teachers.

· Reduce sick leave by the same amount of days before a teacher is furloughed thereby achieving the same savings;

· Eliminate outside consulting contracts including those contractors employed to hire new personnel;

· Place a moratorium on administrators’ bonus payment including capping all non classroom teacher salaries over $100,000 including the Chancellor’s bonus.

These suggestions are representative of the ideas expressed by our city’s concerned teachers. For further details, please feel free to reference Washington Teachers' Union Blog at: http://thewashingtonteacher.blogspot.com/ . I look forward to discussing this matter with you in the near future.

By Candi Peterson
The Balanced Budget Furlough Emergency Act of 2011 which calls for furloughs of DC government employees has caught the attention of all of us. Budget cuts have been no stranger to the District of Columbia public schools (DCPS). Teachers, school personnel and students have often had to bear the brunt of administrator over-spending. In fiscal year 2010, under the Rhee/Henderson administration, 266 educators were wrongfully terminated allegedly due to a budget deficit they didn’t help create. 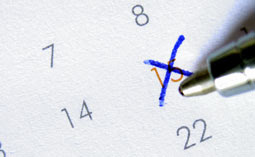 Displeased with the emergency legislation that only reduces costs through emergency furloughing, WTU Executive Board passed a motion authorizing the union leadership to identify other alternatives that would avoid the need for furloughs. WTU agreed to compile your ideas on how we could achieve long-term cost savings in our public schools. Listed below are many of your recommendations from posts and emails we have received, thus far :

By Candi Peterson, WTU General Vice President
Furloughs without pay are on the horizon for District government employees. Exempt from the furloughs are police officers and fire fighters as their furloughs would impair public health and/or public safety, in addition to, a handful of independent District agencies. Vincent Gray, although exempt from the furlough days as the Mayor, has signed a waiver to join the rest of DC government employees on furlough in order to help save the city 19 million dollars during fiscal year 2011. I applaud Mayor Gray’s willingness to endure the furlough days like other DC city workers.

Included in the mix of those to be furloughed are District of Columbia Public School teachers and school personnel. As a result of emergency legislation, known as the Balanced Budget Furlough Emergency Act of 2011, that was recently passed by the DC City Council – DC government employees will be furloughed on four designated legal public holidays during Fiscal Year 2011: February 21, Washington’s birthday, April 15, DC Emancipation Day, May 30, Memorial Day and July 4, Independence Day. The emergency legislation specifically states: "The District of Columbia Public schools shall not furlough a classroom teacher on a date when there is classroom instruction during an instructional period."

WTU President Nathan Saunders commented on teacher furloughs in a recent press release. Saunders stated: "Furloughs are the repercussions that workers face when subjected to government budgets which they don't control. City workers, including teachers, will now receive less pay as a result of poor budget decisions made by senior level DC government officials. At some point, the DC government must hold managers accountable for over-spending the same way it holds workers accountable." (Click furloughs for WTU press release). I contend that the Michelle Rhee/Kaya Henderson regime under the helm of former DC mayor, Adrian Fenty contributed to the DCPS' share of the budget deficit problem.
What concerns me is that we still aren't making the necessary budget cuts where they need to be made. After all, furloughs aren't a permanent solution for a budget deficit, and there is talk that even more furloughs will be proposed at a later date. I would like to suggest a number of ways to cut some of the public school bloat for the longer-term. Let’s start by reducing Interim Chancellor Henderson’s executive staff salaries by putting a moratorium on bonus payouts, reducing administrative staff in the central office inclusive of the thirteen new instructional superintendents who were recruited last May 2010 with salaries ranging from $120,000 to $150,000, eliminating Master Educators' positions whose starting salaries begin at $90,000 a pop and delegating all teacher evaluations to principals and/or supervisors, discontinuing non-essential testing of students, and putting an end to DCPS contracts that aren’t justified. Has anyone considered tightening our belt by conserving energy in our schools ? What happened to the cost savings as a result of the DC government freeze?
During our February 5, 2011 WTU Executive Board meeting, elected teachers and school personnel expressed their frustration about getting hammered at every turn due to DCPS overspending. Our board was in agreement that 'alternatives to furloughs' need to be considered. As a result of this lively discussion, the WTU Executive Board passed a motion which gives the Washington Teachers’ Union authority to explore 'alternatives to furloughing' teachers and school personnel before President’s Day, the 1st day of government furloughs. Washington Teachers' Union is interested in your ideas on how DC Public Schools can achieve real cost savings so that we can look for ways around teacher/school personnel furloughs. We will compile a list of your ideas and provide these recommendations to Mayor Gray amongst other strategies. The Washington Teacher blog will also post your ideas. Please email your cost saving recommendations to: helpdesk@wtulocal6.org or via fax @ 202-293-9732. Got suggestions- we’re listening.
Posted by Candi Peterson at 9:14:00 AM 37 comments: