Is It Closing Time Again For More DC Public Schools?

The Washington Teacher blog first reported on October 31, 2011 about future plans to close additional DC public schools. An excerpt from the 21st Century School Fund September - October newsletter stated: "The Deputy Mayor for Education, with a 100,000 dollar grant from the Walton Family Foundation, engaged IFF (Illinois Facility Fund) to study the capacity and performance of DCPS and public charter schools. IFF has authored reports in Denver, Chicago, Milwaukee, and St. Louis, using a defined method to determine what they term "performing" or "non- performing" seats.  This analysis is being done with an eye to "right sizing" district schools which beyond consolidation could include reconstitution and replacement with school management organizations."

Not unlike other major cities including NY, Chicago, Ohio- DC has been at the forefront of shutting down traditional public schools. In 2008, twenty-three public schools were closed under former DC Chancellor Michelle Rhee and then mayor Adrian Fenty which led to a community outcry to save our public schools. Local education stakeholders voices weren't heeded by Rhee or Fenty and only one neighborhood elementary school- John Burroughs was saved from the chopping block.

Natalie Hopkinson who authored the article - "Why School Choice Fails"which appeared in the December 4, 2011 N.Y. Times discussed how this country’s reform policies in Washington, DC- put in place by a Republican led congress in 1995 led to the birth of many of our charter schools. Hopkinson wrote:" if a school was deemed failing, students could transfer schools, opt to attend a charter school or receive a voucher to attend a private school. The idea was to introduce competition; good schools would survive; bad ones would disappear. It effectively created a second education system, which now enrolls nearly half the city’s public school students. The charters consistently perform worse than the traditional schools, yet they are rarely closed."

The results of IFF's study recommend that DC make major improvements or close thirty six under performing schools in some of the city's poorest neighborhoods or expand high performing charter schools. It’s a finding that heralds the continued growth of the charter schools sector at the expense of the D.C. Public Schools, if not its outright domination. While some people are questioning the motives of the Illinois Facilities Fund, the study is “likely to rekindle impassioned debate about possible school closures and the future of public education in the District,” Bill  Turque notes. Officials tell Turque, education writer for the Post that any decisions about a “major restructuring” are at least a year and many community meetings away.

What comes as no surprise to anyone is that schools in ward 8 were identified as having the greatest need, according to the IFF study. The study recommended turning around or closing the following public schools: Simon, Patterson, Terrell-McGogney and Ferebee-Hope and closing two bottom-rung charter schools, Center City Congress Heights (pre-K to 8) and Imagine Southeast (pre-K to 5). H.D. Woodson Senior High School which is located in Ward 7  was also recommended for turn around or closure, a school which recently has undergone capital investment which cost millions of dollars in investment.

One of the things that I find disturbing about IFF's report is the recommendation for DC to consider expanding charter schools in the 10 targeted neighborhood clusters and call for the DC Public Charter School Board to authorize about 6,500 new charter seats (current enrollment is about 32,000) while utilizing former public school buildings as incentives to get the public charter board to actively recruit the highest performing charter school operators to replicate their school models.


The writing should be on the wall for all of us to see. If it's not, I don't know what to tell you. From where I sit, this situation looks bleak for working, middle class families and many of our teachers in some of our poorest communities. The loss of our public schools is a disinvestment in our school communities and may lead to higher classrooms sizes, further declining enrollment in DC public schools and extinction of traditional public schools and fewer teaching jobs. Now is not the time for parents, students, teachers, school staff and community members to sit back. We have to ask the hard questions, organize and demand to have a voice as education stakeholders or we may likely have a re-run of the 2008 school closures.

On November 8, 2011 - I issued a call to action to DC teachers and school personnel: "In the midst of upcoming contract negotiations, there are big plans ahead to close our traditional public schools. Never in our history has been there been a greater need for teachers and school personnel to have an effective organizing union. Our very future as educators and the future of our students will be determined by how vigorously we, alongside parents and community members are willing to fight to save our public schools." Won't you heed the call to get involved before your local school is reconstituted and turned over to a charter school, your job is lost and your community no longer includes you? 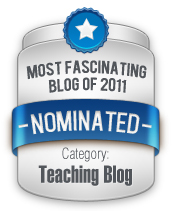 I want to thank many of my loyal readers who continue to check out The Washington Teacher blog regularly. As you may have noticed, I have taken a short-term break from blogging. After writing this blog for three years, while maintaining my full-time job at DCPS- I felt the need for a little R & R (rest and relaxation.) It is my intention to return to blogging again by February 2012. Please stay tuned. Many interesting topics and stories have come across my desk which I look forward to sharing with you.


As you may recall in 2008 - I started The Washington Teacher blog. Initially, I began writing about Washington Teachers' Union (WTU) controversial Red and Green Tier Tentative Agreement which was proposed by then WTU President George Parker and former DC Chancellor Michelle Rhee. It was my goal to shed light on the pitfalls that this contract proposal would impose and discourage DC teachers and school staff from voting in favor of this agreement. At that time,  I believed that  it would likely lead to union members' massive terminations.


Over the past three years, The Washington Teacher blog became a labor of love for me. During the Rhee/Fenty years, I wrote extensively about former DC Public Schools Chancellor Michelle Rhee and was frequently characterized as one of Rhee's most strident critics. With help from DC Public Schools insiders and outsiders, I was able to tell the other side of the public education reform story that the mainstream media refused to report.


An article I wrote in 2010 titled "Rhee's Firing Squad Terminates Sizable Number Of DC Teachers" recently earned The Washington Teacher blog a nomination for a Fascination Award: 2011's Most Fascinating Teaching blog by Online PhD Degree. The Fascination Awards are an annual collection of the web’s most inspirational and thought-provoking blogs and are nominated by an editorial team and voted on by blog readers.


I am excited about this nomination. I need your support to win. Won't you please vote for The Washington Teacher blog?  I know I can count on YOU! Voting begins January 21st at 12:01 AM (EST) and ends January 26th. The blog with the most votes by January 26th at 11:59 PM (EST) will win.  Vote for me by clicking the link in red below or click on the vote for me picture on the top right of this blog:
http://www.online-phd-degree.net/2011s-most-fascinating-teaching-blog-the-fascination-awards/