I have been writing about Empower DC, a well respected grassroots community based organization who has been pro active in rallying our troops to fight the Illinois Facility Fund's recommendations to close 38 public schools in the District of Columbia. Empower DC started meeting last November and recently held a planning session on February 4, 2012 with about 100 participants in attendance at their V Street office. Out of that meeting came an initial recommendation for supporters to attend Mayor Gray's One Citizen Summit at the DC Convention Center on Saturday, February 11, 2012. The  plan was to show a presence as well as deliver information about the proposed school closings and DC’s loss of affordable housing to summit participants. Empower DC's message to Mayor Gray was as follows: "We hold you accountable to save our schools and communities. We reject the flawed findings of the IFF report and its recommendations to close or turn around DC’s public schools. We demand a moratorium on school closures until a valid community-led process is developed for evaluating our schools."

Unfortunately, Empower DC members and supporters were threatened with arrest if they distributed materials inside the Convention summit.  Liane Scott of Grass Roots DC remarked:  "So much for a frank and open conversation Mayor Gray! Although, many felt the summit was genuinely participatory, others thought Gray was using the summit as an opportunity to present his plans to the public in the hopes that they would simply rubber stamp his agenda."

WTU General Vice President Candi Peterson has agreed to hold off on her lawsuit against the Washington Teachers' Union (WTU) in favor of handling the dispute through informal mediation or arbitration. However, after first seeking arbitration itself, WTU has reversed itself and is now plowing ahead with litigation.

Ms. Peterson's attorney, J. Michael Hannon has requested PERB to take immediate action to return her to office saying, "removal of a duly elected labor leader is a fundamental abuse of the rights of the entire labor organization to representation by its duly elected officers."

WTU General Vice President is concerned about WTU's legal tactics. Peterson stated: "I don't understand how President Saunders can use union money to fund his legal attack against me. This is purely personal on his part,  and I expect other union members will object when they realize his temper may cost WTU half a million dollars in legal fees."

For additional information on the status of this case, please contact :

Help Us Expose DC's Equation for Displacement of Our Students 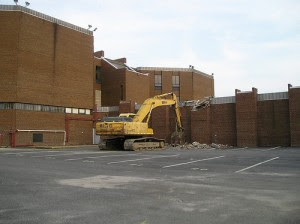 Won't you please join me along with members of Empower DC, parents, teachers and community as we fight the displacement of our students and the privatization of our public schools. I have featured a guest post by Liane Scott which outlines the plan to expose DC's Equation for Displacement. Hope to see you this Saturday @ 11 am. Details listed below. Spread the word.
Candi Peterson
The Displacement Equation

What do DC’s proposed school closings have to do with the loss of affordable housing in the District of Columbia? Could it have something to do with the fact that many schools are being closed down in neighborhoods that are of interest to for-profit developers? What about the loss of community services like affordable child care? Has the government of the District of Columbia come to the conclusion that running the city is a lot cheaper if they have fewer children to educate, especially if those children have parents who are not so well off?

Come to Empower DC’s Info and Action Summit this Saturday, and explore these questions further. We believe that…

This Saturday, Empower DC will make plans to MAKE OUR DEMANDS KNOWN at Mayor Gray’s ONE City Citizen’s Summit, the following Saturday, February 11th at the Washington Convention Center. The city may not be investing in certain communities because they have plans for those neighborhoods that don’t include the current residents. Let’s let them know that we know what’s up and that we’re not going to stand for it. Please contact Daniel at (202) 234-1991 ext. 104 or Daniel@empowerdc.org to RSVP and request childcare.
Posted by Candi Peterson at 10:26:00 PM 3 comments: