Please be advised that DCPS is hosting an event open to all current WTU members who are interested in learning about some of the new initiatives in DCPS’ Targeted 40 or Middle Grades schools (only those schools will be represented, but all WTU members are welcome).
The event will feature two simultaneous panels on these topics, and open networking time. Please Save the date for DCPS Hiring Fairs during May 20, May 29, June 7, June 25,  and July  10 and July 21.The locations will be announced at a later date. Please share this email with WTU teachers and service providers in your schools.

I've covered the story about Orr elementary school  in SE Washington, DC since I visited and learned of special needs students being taught in a vault and a music classroom with 42 students, much to my horror back in January 2014. I attempted to no avail to get the mainstream media including Bruce Johnson to cover this story. I even posted photos of the Vault classroom but Chancellor Henderson told Bruce Johnson there was absolutely no validity to my claims despite photos and my actual live reporting that I stood inside the vault classroom. Certainly there's no denying that I am a newsworthy credible source dating back to the Michelle Rhee days. Afterall I my blog received note worthy mention in Michelle Rhee's book, The Bee Eater: Michelle Rhee Takes on The Nations Worst District.

Here's an update on a recent meeting parents held with Councilmember David Catania, and also chairman of the Education Committee and mayoral hopeful. Allyson Criner Brown, Associate Director of Teaching for Change who works with the parents of Orr in a partnership and advocates for modernization of the school wrote me the following email about the meeting with Mr. Catania: " Hi Candi, We had a very good meeting with David Catania. Parents took him on a tour of the building and I asked the teacher of the vault classroom to leave the Masterlock key so we could take him into the vault. He and his staff were stunned. We had about 30 parents that evening, plus kids and staff. Maybe 80 people or so in all. His staff said they'd never seen turnout like that in Ward 8. The principal welcomed Catania before leaving. We alerted his staff about our concerns with the principal but we didn't address them that night. Parents noticed Principal Wilson didn't make arrangements so she could stay for the meeting. Have a great weekend, I'll be in touch.-Allyson"


Too Bad Principal Niyeka Wilson couldn't stay for the meeting. Shame on her.

Cross posted from Teaching for Change:
Orr (DCPS) parents invited David Catania, Councilmember and chair of the Education Committee, to hear their stories and tour the building which badly needs modernization. Nearly 30 parents attended with their children, along with teachers and members of the local community. Parents expressed their concerns about the safety of the playground; stagnant air and poor natural lighting; places where the building is crumbling; and, most significantly, the open floor plan (in which there are no walls separating classrooms or hallways). The modernization was slated to begin eight years ago but has been delayed every year since.

Teaching for Change, a partner with the Orr Parent Center, helped plan and facilitate the event which featured parent leaders. A father talked about how his three-year old daughter wandered off from her classroom in her first week of school and could not be found for nearly an hour. “Where could she have gone if her classroom had walls and a door?” he asked the Councilmember. A teacher discussed how the open-space classrooms presents enormous challenges for himself and others, particularly where classrooms are separated only by a rolling chalkboard or less. A mother shared that her daughter’s asthma flares up so badly that she and the school have a plan for her daughter to be moved from the third floor to the first floor when she has episodes. Another mother shared how the school had not only wrapped itself around her son in Kindergarten, but also supported her; she recently earned her GED after getting information and support from Orr’s well-known Parent Center.

The consistent theme among parents and teachers was their love for the school and the staff, but yet the urgent need for the school to be modernized. Councilmember Catania thanked the parents for sharing their stories and pledged to be a champion for Orr’s modernization.

Read more about this story here “No Place to Hide: Orr Elementary Needs Modernization Now!”
More photos.
Teaching for Change has been a community partner of Orr Elementary since 2010. Our work with parents at Orr is funded through generous grants from The Morris and Gwendolyn Cafritz Foundation, the DC Children and Youth Investment Trust Corporation, and an anonymous foundation.
Posted by Candi Peterson at 3:03:00 PM 2 comments:

DCPS IS Violating the Law! 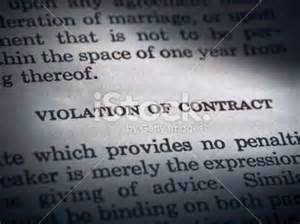 
It has come to our attention that DCPS has disseminated a survey to members of our bargaining unit asking among other things, whether you approve or disapprove of extending the school day by one hour next year.


If you are asked to complete a survey, it is necessary that you do the following immediately:


1.  If the question pertains to any of the above, write in "subject to collective   bargaining".

2.  Record who asked you to complete the survey and the date and approximate time.


3.  Keep careful records of any acts of intimidation, coercion, or threats to solicit a particular response to items in the survey.


4.   Notify your WTU Field Specialist immediately with your information by calling:  202-293-8600 and forward all surveys to our attention.


Educators in the WTU bargaining unit are law abiding members.  Demonstrate this to others.