Three Years And Counting, And No WTU Contract for You! 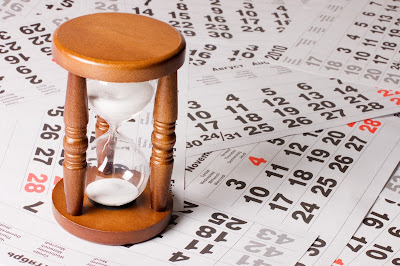 Mass emails were sent out to many DC Public Schools teachers on the Columbus day holiday to their DC government email accounts and some personal email accounts from a relatively unknown teacher who refers to himself as Coach Spinner.  You may recall Coach Spinner as he ran against me for WTU General Vice President position on the Saunders slate in 2013 and lost.

The subject of the email sent to members was titled the “New WTU” and introduced readers to a blog which harshly criticizes current WTU President Elizabeth “Liz” Davis for failing to address Impact-teacher evaluation system, financial malfeasance and failure to get a union contract which is the union president’s primary responsibility as the “Chief Negotiator.”

Based on a little digging, I have learned that Coach Spinner is a campaign surrogate for former WTU President Nathan A. Saunders who lost his bid for presidency in 2013. So it seems according to a former WTU staffer now working for him, Saunders wants another shot at the WTU presidential seat. No surprise here.

When I asked union members if they knew who Coach Spinner was their typical response was they did not know him. One of the current WTU Executive Board members who requested anonymity agreed that she didn’t know the person sending her the email about the new WTU. She said, “I thought someone had fed him (Coach Spinner) information because he seemed to know a lot about the state of WTU affairs.”

Using a surrogate in politics is a common practice to launch an election campaign. The surrogate is usually someone who can step in and deliver a message on behalf of the candidate, rally the supporters and in this case represent a failed brand.

One might ask why Saunders' would need a campaign surrogate? I think the Saunders’ team is likely using this surrogacy as a strategy because they don’t want teachers to remember the wreckage Saunders' left behind during his years as elected WTU officer from 2007-13. Putting his former running mate with little to no name recognition, out in the forefront is a way to deceive the union membership.

As you may recall, Saunders' refused to gracefully exit the WTU headquarters in 2013  at the end of his term (June 2013) and extended his stay an additional 30 days in violation of the WTU Constitution and By-Laws with the blessings of his Saunders-friendly election committee. I covered that story on The Washington Teacher blog.

Saunders refused to cooperate with a former WTU Executive Board while General Vice President in his second term, and was later exiled back to the classroom for failure to provide the board the requested accounting of the work he had performed on behalf of members, while an officer.

I believe Saunders also lost credibility with teachers when he summarily dismissed me as the General Vice President in 2011 without due process and robbed members of their vote. This decision on Saunders’ part, sanctioned with the approval by the then WTU Executive Board cost our union hundreds of thousands of dollars in legal fees alone. By the way, Coach Spinner was a member of the WTU Executive Board who rubber stamped Saunders’ request to oust me. I think one of the main reasons Saunders wanted me out was because he preferred a top down management style where he alone could rule with an iron fist...

While some of Coach Spinners' accusations against WTU President Liz Davis are accurate, they only represent half-truths.

President Liz Davis can’t be let off the hook for not being transparent about the current state of union affairs, the status of contract negotiations or what has happened to the VEBA (Voluntary Employment Beneficiary Association account funds for eligible retiring teachers) and why the District has refused to provide anymore VEBA payments to the WTU since 2013.

Davis has vacillated about what the real problem is with contract talks and has not been totally honest. Initially, Davis blamed the Chancellor for failing to regularly meet with the contract negotiations team.

What Davis has not disclosed to members, is that she failed to cultivate a working relationship with Chancellor Henderson and her team from the outset. When President Davis refused to attend bi-monthly meetings with the chancellor’s team, this set the stage for a break down in union/management communication. Davis later aborted central office meetings I attended in order to resolve teacher issues claiming it compromised contract negotiations. Open communication with management is vital to the success of negotiating any contract and resolving teachers' issues.

Members have been recently informed by Davis that a mediator will be brought in to assist WTU and DCPS with contract talks with no details about the impasse that led to need for a mediator. As a non- member of the contract negotiations team, I think it is important for members'  to understand what has actually transpired.

Certainly members should demand transparency and accountability from President Davis. Union members have the right to know the status of the unions' financial affairs and all other matters...  Members also have an obligation to request to see detailed financial records, bank statements, mortgage loan statements, internal auditor reports, proof of WTU staff/officer’s income, expenses and benefits, Executive Board meeting minutes, copies of VEBA bank statements and other forms of documentation, etc.

My problem with Saunders and Spinner is that, they don't have 'clean hands' and certainly neither of them should be the ones to point the finger of blame at anyone.

Here are some important information about Saunders:
*Saunders didn’t deliver a teacher contract during his term as union president from 2010-13

*Saunders fell behind in dues payments to AFT in 2013, our parent organization leaving WTU at risk for an administrative takeover

*Saunders allegedly paid himself more than his 2010 board approved salary of $160,000 and appears to have paid himself as much as $240,000. However, given that WTU President Liz Davis did not proceed with conducting a forensic audit, we can’t be sure of how much beyond this was spent.

*Saunders did not leave $1.7 million in the VEBA account as reported! This money had not yet been forwarded to WTU prior to Saunders’ departure at the end of July 2013.

*Saunders left WTU with an office building that is strapped in debt with 3 mortgage loans totaling 4,885,904, almost 5 million dollars. The Pennsylvania Avenue historic building is a money pit. A construction loan had to be converted to a mortgage loan.  A second mortgage loan had to be guaranteed by our parent organization, AFT. There is a financial covenant which requires a minimum debt service coverage ratio. There has been no default of the loan to date, however, under Davis there have been violations of the debt covenant which the bank has agreed to waive.

Certainly, it is highly probable that we could have found a building in Washington, DC much cheaper than the 5 million dollar price tag of our current headquarters. The extensive cash reserve (a million plus) left over when former President George Parker vacated office in December 2010, no longer remains in the union coffers, thanks to Saunders.

When I spoke to 42-year veteran DCPS teacher, Emily Washington about the unfolding of events, she asked, “Why now? Saunders’ timing is suspect and it represents Déjà vu all over again.  People who want this office sit on their butts until it’s time to have another election.  Saunders and Coach Spinner certainly have had the opportunity to bring these issues up before now. You never see them at union meetings, or  any of the union sponsored events. In fact, since the Saunders' and Spinner's defeat, they have been conspicuously MIA (missing in action).  We need to re-examine who gets elected as an officer and who gets elected to the executive board.”

My conversation with Ms. Washington echoed how I have been feeling for some time. I agree that the functionality of an organization is tied to its officers, its’ executive board, as well as its' members. If a board is dysfunctional then it affects what happens within the organization.

As an outspoken union member and officer, I've been frustrated on the union Boards that I have served on and often felt like some board members were more concerned with remaining loyal to the president than abiding by our unions' Constitution and by-laws. I have been a lone dissenter followed by one or two others willing to challenge the status quo.

There is an obligation on the part of all union members, especially our elected officials to ask the necessary critical questions, to speak up, to be transparent with the membership and to make the tough decisions required of a governance body in the face of unethical leadership, suspected malfeasance or impropriety, not just at election time.