Having Our Say At The Education Transition Summit

For the first time ever, the Washington Teachers' Union (WTU) sponsored an Education Transition Summit on Tuesday, January 25 at the Kellogg Conference Center. Of late, teacher turnout has been low at union sponsored events due to what amounts in my opinion to a disenfranchised membership. I arrived at the event shortly before it started and could hardly believe my eyes when swarms of teachers and school personnel starting walking through the glass doors. Certainly, the over 450 plus crowd was more than I could have ever hoped for.

There were many smiles, hugs, pats on the back and congratulations about our recent WTU victory. The lines were endless and the Kellogg Conference staff were so accommodating by doubling the number of seats for so many unexpected guests. When no more seats could be provided due to fire code violations, teachers were willing to stand for hours despite the discomfort. Our members filled not only the on campus garage but also an overflow parking lot and off-street parking.

The Education Transition Summit primarily focused on the IMPACT evaluation tool and working conditions. As I strolled through the room, I took the time to listen to teachers' dialogue about what has transpired in these last three years under the Rhee/Henderson regime. One thing that everyone agreed on is that teachers have been robbed of the 'joy of teaching' and replaced with a one-size regimen that does not fit all. One teacher spoke of how she can no longer use centers to teach skills to her young Pre-K students. Teachers talked about no matter how well they had mastered IMPACT - they dealt with an inordinate amount of stress about the possibility of being caught doing something wrong instead of applauded for what they do right. Many talked about being considered great teachers until IMPACT where everyone is the sum total of their IMPACT score. Get a low number and you're no longer a great teacher. Teachers and school personnel were clear what was needed- a new evaluation tool. When the time came for our members to vote for IMPACT to stay or go - the majority voted for it to be thrown out.

The dialogue seemed to spark hope for many of our members who have bought into the nation-wide teacher bashing campaign that they are worthless and responsible for all of the ills of public education. Tuesday night was a new beginning for the WTU and our members. It marked the first time we were collectively at the table. Given the opportunity to help the new Mayor shape his educational agenda for DCPS, DC teachers and school personnel rose to the challenge. After all who better than us to provide first-hand knowledge about what goes on in the classroom, our schools and public education. One attendee emailed me: "That was a great meeting the other night.What you experienced in that room was a much larger version of what I saw in the small group of teachers - a real appreciation to finally be heard." Another member said: "let's do it again."

As the WTU General Vice-President, I would be interested in hearing your comments about the transition summit. What were the highlights of the evening? Is there anything that you would have changed? Do you have recommendations for the future? ... I'm listening.
Posted by Candi Peterson at 7:10:00 PM 44 comments: 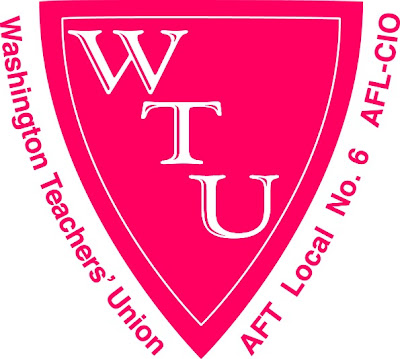 As promised, Washington Teachers' Union will host a meeting on Wednesday, January 26 from 4:15- 6:30 pm at:
Peoples Congregational Church
4704 13th St NW, Washington, DC 20011
WTU Legal Counsel will be present to answer Rif'd teachers questions about the upcoming court case scheduled before Judge Bartnoff on January 28.
Posted by Candi Peterson at 12:12:00 AM 8 comments:

From The Bottom Up! 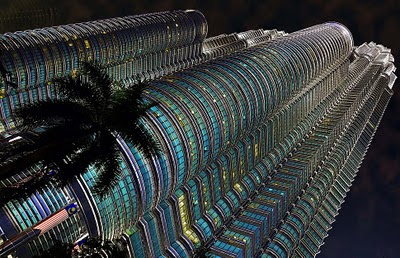 By, Candi Peterson - WTU General V.P.
I started out my union career as a Washington Teachers' Union (WTU) Building Representative for itinerant teachers and related service providers. Years ago, a soon to be departing colleague urged me to take on this role because she was planning to retire. She argued after all that I would be good in this job because of my outspokenness. I remember thinking how could I reach the almost 200 or so union members who were spread out in our schools. Building ties to people, came easy for me in part due to my background in the field of social work. I reasoned to myself that a great deal of my career had been spent working with those who didn’t want to be reached. Surely, I thought I’d be up for the challenge connecting to union members.
Since itinerant staff worked in city-wide schools, I knew I couldn't use a union bulletin board to reach them. Emails, list serves and blogs became an essential for communication with members. I worked hard by regularly emailing members updates and writing on my blog about issues that impacted our union, public education and our workplace. While The Washington Teacher blog started out as a way to educate members about the perils of the red and green contract proposal , it eventually became an online voice for teachers and school personnel. My work as a blogger paid off as I quickly earned members’ trust. When The Washington Teacher blog first reached 2,000 weekly readers , this was concrete proof to me of the blog's success in reaching not only members but those well outside our education circle. On days of more noteworthy news, numbers were as high as an average of 4000 weekly visitors. Many readers emailed me asking me to write on topics ranging from IMPACT evaluations, Teach For America to wrongful terminations.
Just as the success of The Washington Teacher blog garnered interest from union members, it also drew the ire of the Rhee/Henderson administration as it covered the other side of the public education reform story that was rarely told by the mainstream media. My advocacy on behalf of teachers came with a high price and earned me a mandatory summons to meet with the Chancellor in 2008 about my involvement in political activities (i.e. protests, writing about DCPS , speaking to the press, etc). These events marked the beginning of the harassment that I endured. What came next was being stripped of ten points on the Core Professional component of my IMPACT evaluation due to what was described by my supervisor (words paraphrased) : “Someone is out to get you.” My attendance at a rally while on approved leave was cited as the reason for my loss of the ten evaluation points. Next, I received notice this past summer of a one day suspension without pay from Dan McCray, DCPS Chief Labor Strategist, an agent of Interim Chancellor Kaya Henderson due to allegedly violating the DCPS email policy of the Office of the Chief Technology Officer (OCTO). The suspension without pay took place on September 21 and the reason given was that I sent out too many labor related emails (on my own time). By the way, the emails I sent to members included excerpts from The Washington Teacher blog and the latest subject was none other than former holdover WTU president George Parker. The very tool that I used to create an online voice for teachers and school personnel became a threat to my own job security. The irony of my story is that now as the WTU General Vice President, I sit across the table from Interim Chancellor Henderson's top staff who assisted in orchestrating my suspension. What I have learned from this experience is that ordinary people like me and you have the power to turn the tables, and make changes that start from the bottom up.
Readers of The Washington Teacher blog often asked me during the Washington Teachers' Union race to continue blogging should I win in our union election. And starting Tuesday, The Washington Teacher blog will become the 'official blog' of the Washington Teachers' Union. Let's celebrate because it can only be good if our union is willing to speak up for all of us and tell our side of the public education reform story. Happy New Year !
Posted by Candi Peterson at 11:41:00 PM 27 comments: