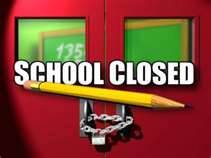 There has been a great deal of confusion and angst over what will happen to DCPS teachers and school staff after the school consolidation takes place in 2013-14. The districts plans have been made clear in a recent "DCPS School Consolidation Staffing Overview." ( Click on the words DCPS School Consolidation Staffing Overview for attachment). Some DCPS teachers and staff at select schools were provided copies of this 3-page document by their local school principals shortly after Chancellor Henderson's announcement of the school consolidation plan. Other employees at schools slated for consolidation were not provided copies of this document for reasons unclear.

One thing is for sure, whether you received the school consolidation document or not - excess letters will be handed out to teachers and school personnel beginning in June, 2013. By definition, an "excess is an elimination of a teacher's position at a particular school due to a decline in student enrollment, a reduction in the local school budget, a closing or consolidation, a restructuring or change in the local school program when such an elimination is not a reduction in force (RIF) or abolishment." (Refer to page 27 of the WTU Collective Bargaining Agreement)

The School Consolidation Staffing Overview raised many pertinent questions that teachers, school staff and parents should pay attention to as it will have an adverse effect on what happens to employees in consolidated schools.

DCPS answer: " WTU members at consolidated schools will be subject to the excessing process as outlined in the WTU contract. Please note that no one will be excessed until the end of 2012-13 school year."

Will excessed Washington Teachers' Union (WTU) members be given preference over external hires?

DCPS answer: "In accordance with the WTU contract, DCPS principals will have the authority to hire from whichever source they choose. That said DCPS will work to facilitate the placement of as many WTU members as possible."

Since school staff who are members of the Council of School Officers (CSO), Teamsters, AFSCME have a different collective bargaining agreement, they will be subject to a different set of rules than WTU members. The DCPS consolidation staffing overview states members of other unions will be guaranteed a job at another school as long as the overall number of positions increase and they remain Effective or Highly Effective.

How will school consolidation affect principals and assistant principals?

In all the information on student enrollment, average yearly enrollment, building capacity and so-called under utilization provided by DCPS, the one data set that is never addressed is the number of teachers and staff affected. An estimated 12, 233 students are projected to be affected by the school consolidations in the proposed plan. But where is the data on the numbers of teachers and staff affected?

Will it be the estimated 14 teachers slated to be excessed at Mamie D. Lee school with an 8 to 1 teacher-to-student ratio, or the 55 teachers and staff  affected by the 237 students being thrown into the mix when Garrison Elementary School faces closing?

It may be like the case of Malcolm X and the Black Muslims, when asked how many members of the Nation of Islam there were. His pat answer was, "Those who say don't know, and those who know don't say"!

Washington Teachers' Union (WTU) members, you have less than six months to find out the future of your job security as an estimated 1,200 teachers and staff or up to 30% of WTU membership may face the excessing chopping block as the WTU leadership stands silently by hosting and toasting Chancellor Henderson at union membership meetings and holiday gatherings when hard questions are ignored!

So sad that uncertainty and turmoil continue to plague this system (DCPS). Things never seem to turn around.

Thanks for providing information on how so many teachers will be affected in just 6 months.

I'm glad you pointed out the fact that Saunders was so buddy buddy with Henderson at the WTU party. So that's where my union dues are going.

This is great and something that is under reported.

I was unable to open the link to the DCPS FAQ.
Under the continuing contract, teachers with highly effective evaluations do not have a right to the three options, if not hired within 60 days: extra year, buy-out or early retirement.
IF HE teachers are now eligible, that suggests that the WTU has made an agreement with DCPS to cancel that provision.
Do you or any of your blog readers know?

If that is the case, did the WTU also try to get the chancellor to agree to give preference to teachers with HE, Effective and first year minimally effective ratings over teachers with no experience?

Also: the idea that principals have the authority to select teachers is abdication of responsibility on the part of the chancellor. Legally, she retains responsibility. If a teacher is not placed, her name is on the letter of termination, not that of a principal.

Sold out once again. Henderson is continuing the legacy started by Michelle Rhee.
Nothing has changed. Different players, same game.

I just got a chance to read this during the holidays. I didn't get this letter at my school. I want to thank you for posting this and keeping all of us aware of what's to come.

You can get the attachment from the DCPS website if you are unable to open it.

HE teachers who accepted the bonus money are not eligible for the
3 options. I do not know what agreements have been made by WTU. In my opinion, it is best to ask for copies of any written agreements between WTU and DCPS. As a union member you have a right to see any Memorandum of Agreements if they exist.

Great article once again Candi. Empower DC linked it to their page. You are one of the best news sources for us in DC.