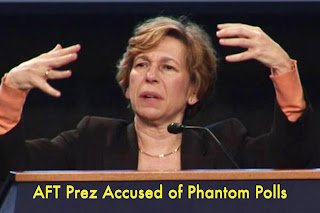 Candi:
I'm in agreement with you. This endorsement could have waited until the general election. This was a poor move on Randi's part.

We need BERNIE SANDERS for President! He is the ONLY candidate who will work for the middle class! Please sign and share my petition to help him win the Democratic nomination over Hillary Clinton! https://www.change.org/p/democratic-national-committee-debbie-wasserman-schultz-give-senator-bernie-sanders-a-fair-chance-by-increasing-number-of-sanctioned-debates #feelthebern #bernie2016

So now what since they have already endorsed her? What's the next step?

feminism is is the only thing that might get hillary the vote. women voting for a woman not the best person for the job bernie sanders. fuck your hate and ignorance how come feminists always defend the 1% like good little nazi traitors

Bernie represents the interests of everyone that isn't a billionaire. Everyone. #feelthebern

I'm not supporting anyone that supports charter schools and continues to hurt teachers, students and public education. You are not using our money to support private/religious schools. Enough !

Randi Weingarten (of AFT) is not only a friend of Hillary and on the Board of her Super PAC, she got money from the Clinton Foundation, and I hear she is being promised Secretary of Education if Hillary wins. The only candidate opposing the corporate "education reform" movement meant to bust teachers unions and privatize public education is Bernie Sanders. The rank and file members of the the AFT know this. They are up in arms about this endorsement. Let's hope the ones in the NEA which has twice as many members make some noise before they sell out their members too.
I watched the drama unfold on Facebook and it was just as ugly there with angry teachers 9/10 support Sanders.

Given the unbelievable number of scandals that Hilary has been involved in why would ANYONE endorse her? She arguably has the biggest track record of corruption of any US politician ever. She has been caught in dozens of lies. How can anyone, other than David Rockefeller and his fellow elitists, trust her?

Here's how honestly the AFT National Executive Committee and Weingarten "polled" the membership:

The committee established to discuss political endorsements that met during the Pennsylvania AFT (PFT) convention a few weeks ago, over the clear opposition of the committee chair, rejected her proposal for a motion to endorse Hillary Clinton, and instead, after some major criticism of Clinton's anti-labor record, voted unanimously to recommend no primary endorsement to the full convention.

At the full session, the head of the PFT introduced the issue of an endorsement with a rousing call for endorsing Hillary Clinton. Then the chair of the session called on a number of people to speak in favor and one person to speak for Bernie Sanders or no endorsement, after which an endorsement of Clinton was rammed through.

Lori you do realize that Bernie is NOT nor has EVER been a Democrat, right? He is an Independent running as a Democrat for the Democratic nomination for President and that there are States where he won't be on the Primary ballot. In the closed States you have to be a REGISTERED member of the Party whose nomination you are seeking. Caucasing with the Democrats 90% of the time, does NOT make him a member of the Democratic Party. Bernie lives in Vermont and that is where he would have to be registered and they have a NO Party registeration. Below is a Declaration that each and every candidate from all Party's have to sign when they turn in their paperwork to get their name on the ballot, which will be coming up in the bnext few months.

All candidates must fill out this Declaration of Candidacy:

I, ____, swear under penalties of perjury that I am qualified to be a candidate for president of the United States pursuant to article II, section 1, clause 4 of the United States Constitution, which states, "No person except a natural born citizen, or a citizen of the United States, at the time of the adoption of this Constitution, shall be eligible to the office of President; neither shall any person be eligible to that office who shall not have attained to the age of thirty-five years, and been fourteen years a resident within the United States." I further declare that I am domiciled in _____, in the city (or town or unincorporated place) of _____, county of ____, state of ____, that I am a registered member of the _____ party; that I am a candidate for the nomination for the office of president to be made at the primary election to be held on the ____ day of _____; and I hereby request that my name be printed on the official primary ballot of said _____ party as a candidate for such nomination.

Bernie can't sign it, because he would be committing Perjury and he has to sign a copy for the FEC also and they know he is NOT a Democrat. He knew this before he announced he was running. He ran twice before for the Senate as a Democrat and he won both times, but when it was time to embrace and become a Democrat, he declined. He then re-entered as an Independent both time and won. New Hampshire feels he snubbed his nose at the Democrats an if he is on their Primary Ballot, then there are already Republicans with Attorneys that have already got the paperwork ready to challenge and have his name removed from the ballot there. Here in my State of Oklahoma, they only recongize 2 Party's and they know he is not a Democrat and he will not be on the ballot here. I have NO clue as to what will happen, or how they can circuvent the State Laws, but I do know that there will be challenges to his name being put on the ballot in the 33 closed States, the Territory's and Puerto Rico. There are 17 States including Vermont that are "open" States where his name can be on the ballot without a challenge, as they have NO Party affilation registeration. JFYI

Another LIE! Randi Weingarten is not and has not been promised Secretary of Education or anything else! Just where did you hear this "so called information". Funny no one else has heard or mentioned hearing it.

The bottom line is teachers don't trust President Randi Weingarten. She may not have been promised Secretary of Education but I am sure she is cutting a deal for herself with Clinton. In 2014 AFT contributed approximately 450,000 to Hillary Clinton. Check out AFT donations. What's she buying with our money? Don't bother to answer it's a rhetorical question.