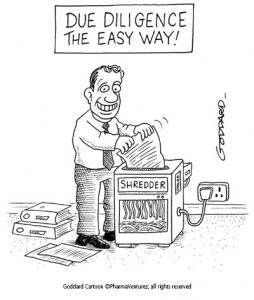 This is a reprint from an education blog titled conducting the inner light (below). Even though it was posted on November 21, I think it deserves a' look see' by my readers as it provides yet another perspective into the Michelle Rhee, Kevin Johnson and St Hope story. Many DC parents thank their lucky stars that KJ didn't get to take over DC's Eastern Senior High School here as Rhee might have liked due to their own due diligence .  Here's to DC parents who were pro-active in protecting their community.
As critical thinkers, it is imperative that we review the Inspector General's report and transcripts and not simply take the word of Rhee's spokesperson or others who want to sweep the details of this story under the rug. Conducting the inner light blogger has done an excellent analysis of what's wrong with this story as it more than just a sex scandal. I implore you to judge for yourselves by reviewing the Inspector General's report, transcripts and other links from the Sacramento Bee in detail by clicking on the respective names within the body of this story below. After all, isn't it time for all of us to exercise due diligence ? It's been a long time coming.
Definition of due diligence:
1. An investigation or audit of a potential investment. Due diligence serves to confirm all material facts in regards to a sale.
2. Generally, due diligence refers to the care a reasonable person should take before entering in an agreement or transaction with another party.
Investopedia Commentary
Due diligence is essentially a way of preventing unnecessary harm to either party involved in a transaction.
Reprinted from education blog conducting the inner light

"It is interesting to me how the Michelle Rhee/Kevin Johnson situation is playing out in the newspapers and blogs.  For those of you not keeping up suffice it to say that in a congressional investigation it has been revealed that Michelle Rhee acted as a fixer/damage controller for her fiance when he was accused by three girls of inappropriate touching.  I won’t go into the allegations but refer you to the articles via The Washington Teacher’s Blog. Candi Peterson has aggregated all the newsources beautifully and this allows you to read each and come to your own conclusion.

Personally, I think the sex part of this scandal is somewhat of a misdirection.  Not that I think the charges are groundless – read not only the Inspector General’s report but also the transcripts, as reported by The Sacramento News and Review , of Johnson’s phone conversation with another girl (not one of the accusers but a girl from 10 years before when Johnson was still a player on the Suns) and it will be hard to avert your eyes or find any excuse for him – but I think that there is much more damning evidence in the IG report than sex.

The discrepencies are legion in this report.  Just read the summary of charges.  According to these charges Johnson used Americorps money and Americorps volunteers in complete violation of the government contract and volunteer contract.  These volunteers are supposed to be used for the community and as tutors for students in schools. According to the report none of the volunteers did a single hour of tuturing for their time at St. Hope.  What they did do was wash KJ’s car, clean his place (Johnson told one employee that the Americorps volunteers were there for “grunt work”), worked as clerks in the St. Hope store, canvassed the neighborhoods for candidates for local political offices, used them to solicit funds for St. Hope – even traveling to NYC on the Americorps money to do so.  Johnson also misappropriated Americorps funds to pay SHA staff.

Here was one of the most incredible things I found in this report: the volunteers, who were on a stipend of around $4000 plus dollars, were charged rent for their housing.  The housing was owned by (wait for the drumroll please) The St. Hope Development Corporation – they were charged $300-$350 a month.  SHA never revealed to federal authorities their relationship to SHD (you would think, though, that they would change the name of their corporation just a tad so that no one would notice – you know, like Enron).

The sex allegations are here, as well.  I don’t see how anyone can dismiss them as groundless nor as the accusations of people who hold a political motive.  It is obvious throughout this report that there was a culture of abuse. The culture of power that Johnson practiced (one person describes him as micromanaging every thing right down to the position of all the office furniture) is one in which abuse is the predominate factor.

Here is what disturbs me after reading this report: Michelle Rhee tried to bring St. Hope Charter schools into our school system to take over some schools.  She tried to do this AFTER this report had been filed.  It was only due to the due diligence on the part of the parents of those schools that would have been overtaken (deliberate use of word here) and their objection to SHA coming in because of what they found out in their own investigations.

Due diligence in regards to Ms. Rhee has been missing in DC from the very beginning.  From the vetting process on down she has been given a free ride by Adrian Fenty,  the Washington Post, many on the city council, and a host of other people who believe she is “doing what has to be done.”  Discrepencies in what she says and does have been ignored or explained away at almost every turn. She contradicts herself, denies, changes facts to suit her need and all of this is dismissed as quibbles on the part of those of us who have had worries about her methods and the true nature of her plans.  OK, fine, than read this report and explain to me how anyone could think to bring in this corrupt, unethicial organization to run any of our schools? She knew about the charges in that report. Given her status as one of the three main operators of St. Hope – again read the report and Ms. Wong-Hernandez’ interview to see the number of titles Rhee held – there is no way she can claim ignorance to these charges.

That is the real scandal that should be on the front page of every paper.  Diligence is now due."

MR's husband should seek temporary custody of his daughters until he can get sole custody behind this mess.

We are suppose to aid the weak, the undereducated, the poor, instead taking advantage of them.

Thank you, Candi, for reprinting my blog post here. Much appreciated.

I have read the Inspector General's report and it is troubling to me. Thanks you for the links and posting this story.

I agree with every poster here. To say that Michelle Rhee is irresponsible is putting it mildly. What kind of mother would willingly become engaged to such a pervert as Johnson is alleged to be? What kind of woman would conspire to conceal his wrong doings as she is alleged to have done? What decent human being would cavort all over the nation to lie and deceive people about DC? She is a despicable shell of a woman in my humble opinion who needs to be driven out of town with the same vengeance she has used to drive workers away while trampling their rights.

Way to go lodesterre. I will have to check your blog out.